FACT OR FICTION: With the additions of Josh Smith and Brandon Jennings, the Pistons will earn a playoff spot in the East.

FACT. This team looks much different from last year, and, before we get into why or what that means, lets just understand that different is better for Detroit. Last year was ugly. Heading into the 2012-13 season, the Pistons had 1.5 NBA caliber players on the roster in Greg Monroe and Tayshaun Prince (Prince doesn’t weigh enough to count as 1 player). The hope was that Andre Drummond would prove to be NBA caliber too. Well, Drummond struggled with some back problems, but he certainly showed plenty of potential. Then he dominated the Summer League, posting 15.5 points, 14.8 rebounds, 2.5 steals, and 2.0 blocks while shooting 51.2% (generally, summer league stats are worth little, but as a Pistons fan I’m allowed to say things like “Did you see Drummond this summer? Incredible. Definitely having a breakout season, 25/15 at least. The Pistons are so exciting, you gotta watch. Probably the 3 seed in the East”). So back in July, even with Prince gone and Jose Calderon in Dallas, the Pistons already had two NBA caliber players. Wild.… Read more...

FACT OR FICTION: The Atlanta Hawks will rue the day that they allowed Josh Smith to leave via free agency.

FICTION. The Atlanta Hawks accomplished a rare feat: letting an All-Star caliber player walk and re-setting their franchise trajectory, but at the same time not completely rebuilding from scratch.

With Josh Smith, the Hawks were a capped out team that would win somewhere between 43 and 53 games every season. The proof is in history: that’s what they’ve done for the past five seasons. At this point, it’s obvious what type of player Smoove is going to be: a freak athlete defender with a fantastic ability to finish at the rack and a slow, broken jump shot that’s unlikely to ever improve. Like Lamar Odom years ago, Smith is much better watched when you focus on what he is doing rather than what his immense talents suggests he should be doing. If he’s your second or third-best player, then your team should be in great shape. There’s no way he should be controlling a team’s offense or even counted on to pour in 20 points a night, but with his defensive prowess, there is a chance that he’ll dictate the pace of the game.… Read more...

J-Smoove finally got his big money deal yesterday, though perhaps not the maximum salary that he so openly sought. After days of rumors that Detroit GM Joe Dumars wanted to add Smith to a fearsome frontcourt rotation of Andre Drummond and Greg Monroe, the forward joined the Pistons for an average annual paycheck of $14 million.

Detroit had cut payroll throughout the season to find the money for a substantial free agent this summer, including shipping out longtime SF Tayshaun Prince and paying the price of a first round draft pick to get rid of Ben Gordon’s $13 million dollars for next year. To Dumars’ credit, he was able to strip down the team to not only have money for a max contract player this summer, as well as next year when he’ll have roughly $27 million dollars in cap room. To Dumars’ discredit, the mess of a roster he had to clean up was composed of signings of his doing, including gigantic missteps in the way of Charlie Villanueva, Gordon, Prince and Rodney Stuckey. … Read more... 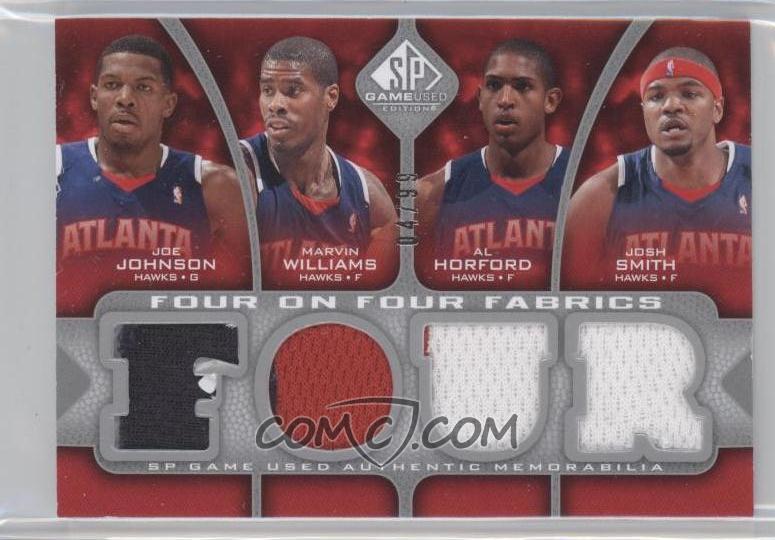