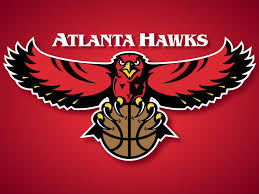 The Hawks bringing in new GM Danny Ferry ended up being an inspired move that had a lot of risk initially. There’s no questioning Ferry’s pedigree from his time on the Spurs, but he learned some tough lessons in Cleveland. Desperate to win now in order to please LeBron, Ferry went anti-Thunder and surrounded his star with overpriced free agents like Larry Hughes. From that point forward, he had no choice but to speculatively flip huge supporting contracts for other massive contracts, getting more talent on paper by taking on more money. Cleveland never got that title and we all know where its superstar went.
They have been a perfectly respectable 3-6 seed in the East for years, but they were never a threat to be contenders. They were entrenched in mediocrity despite having some intriguing assets. Ferry came into an organization without a definitive direction. Making bold moves out of the gate, he traded his franchise centerpiece, Joe Johnson, for Anthony Morrow, a first-round pick, and expiring contract floatsam like Johan Petro. JJ is still an elite player, but he’s not worth 4 yrs/$90M, especially for a team mired in a middling position.

Afterwards, he traded overpaid, erratic Marvin Williams (2 yrs/$16M) for former All-Star in Devin Harris, who could become a great bench player if he can get his groove back. Signing Lou Williams for a reasonable contract was masterful, as he can replace the offensive punch for a fraction of the price, even if he’s not the same defender or playmaker. Finally, Ferry then picked up 3 point ace and Ashton Kutcher look-a-like Kyle Korver’s 1-year deal for cash and got rid of Willie Green. His draft pick – John Jenkins – lit up the summer league and has the chance to start this year.

Because Ferry did all this and still preserved $32M in cap space (minus Teague, Lou, Jenkins and the next draft pick) for next summer, the Hawks are being lauded as the darlings of the off-season. It should say a lot about the state of the league that a team can get worse and trade its best player while being the toast of the Mid-Market Teams We Pay Attention to On Slow News Days. In my Miami season preview, I talked about the practical impact of the new CBA and said that it was going to increase polarization in the league by creating two classes of teams: those in a temporary spend cycle with a championship window and those racing to the bottom to destroy their team.

In retrospect, Ferry’s Flyers are a third type of team likely to inhabit the middle: a pedestrian team taking a short-term talent hit to open up a strategic window of cap space. Although getting rid of Johnson’s contract is cause for celebration, the reason that Ferry is receiving accolades is because he gets to take the Big Swing. You know the Big Swing – setting up every superfluous contract to expire at the same time and hope it inspires a spontaneous superstar congregation. New York and Miami did it first, resulting in franchise-rebuilding hauls. The Hawks want to be that team in 2013.

Initially, the speculation was that Dwight would want to join close friend Josh Smith and could bring Chris Paul’s connection to the city along with him. While that scenario has become unlikely, the Hawks have greatly improved their long-term prospects with this flexibility. There are plenty of other great free agents – like Paul Millsap – that they could get and create a deep, talented team in the Denver mold. Honestly, Atlanta is never going to be THE free agent hub that stands out and I think Ferry may be saved from himself if he doesn’t go all-in on the superstar route again in off-season #2. He’s got a lot of pieces to acquire and fit together before this team can convert this flexibility into on the court success.

This brings us to the on-the court package, which is a first-round puff piece and will be much worse than last year. While I love Lou Williams and think he can be a great scorer, he won’t have the ball in his hands as much this year and JJ was a superior all-around player. JJ and Marvin took the tough defensive assignments on the wings last year, who’s supposed to do it on this team? Once upon a time, Devin Harris was an elite defender, but it remains to be seen what he’ll bring to the table on offense and defense this year. Jenkins was a nice find and they got a few serviceable pieces like Morrow for Johnson, but this is not a team that is intended to win now.

They have a lot of great role players on reasonable contracts surrounding Horford and Smith, but this is a team waiting for its white knight to ride in on free agency and carry them to the NBA’s upper echelon. Any injuries like the Horford injury they weathered so well last year will be devastating this time around and who would be surprised to see this team put up a hell of a fight or slink into the lottery with its tail between its legs? A team like this is a true NBA enigma and one of the reasons League Pass was invented. You never know which of these high speculative rosters will pan out and be must see TV.

Best Case Scenario: Say Al Horford and Josh Smith both blossom in a larger role and are no-brainer All-Stars. If Jenkins pans out, everyone stays healthy, their new role players show up, and Teague makes the leap at PG, this team could be dangerous in the playoffs. They are athletic, young, and now stocked with elite shooters. In a really front-loaded Eastern Conference, this Hawks roster could conceivably be a 3-4 seed and make it back into the second round. Don’t seem them getting past there though, no matter what.

Absolute Apocalypse: In a league this reliant on star power, it’s always about injuries. If Smith or Horford tears an ACL, the young players don’t develop, and a few key role players go down, this team could head straight for the bottom of the barrel. It’s not hard to see them playing a major role in the lottery next year as they plot their free agent coup. I don’t necessarily see this as a bad thing for the Hawks. Another lottery pick plus a few nice free agents could be the instant reload that the Hawks are hoping for.