You know your perennial All-Star first baseman? He’s not turning it around. Hoping that your bullpen can start to hold down leads? It’s not happening. Praying that your center fielder is going to regain that sock in his bat? Switch religions.
It’s the “dog days of summer”. If your team isn’t playing to how you thought they would, then what you see is what you got.  Baseball is over 100 games into its season, so hoping for a late season surge has gone from unlikely to damn near impossible. Sorry kids, time to start saying “well, there’s always next year.” 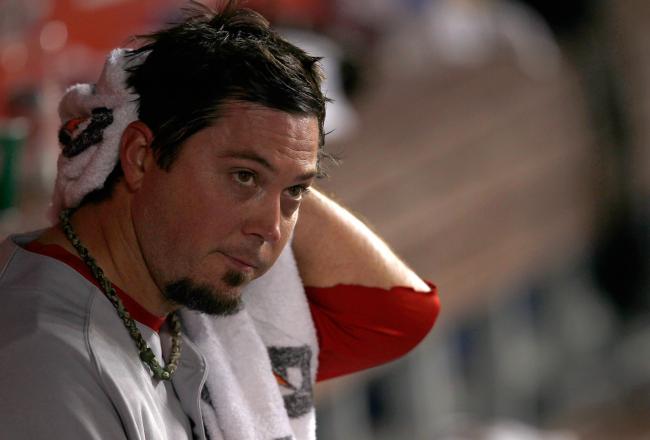 The only good to come out of this desolate section of the summer? The playoffs are right around the corner, and the herd is rapidly being thinned out. As the air has gotten thicker and the temperature has risen to record heights, teams throughout the league start dragging and the true core and character of your favorite squad has begun to rise to the top. We know who the contenders are, and sadly for some, who will be selecting in the upper half of the MLB draft next season. Over the next few days, MAMBINO will be taking a look at what has gone horribly wrong with some teams, but unsuspectingly right with others.
The Red Sox are nine games back of the Yankees in the AL East but only four and a half games back of the Tigers, Orioles and A’s for the Wild Card. They’re pretty far away from being dead in the water, but if you were to listen to the national media, you’d think that they were absolutely toasted. My first question is, in a season of incredible lows, what’s been the worst part of it for you as a Sox fan? And do you think that they can make the playoffs, and will make the playoffs?
Mr. Marquez: Before 2004, we lived by the same mantra as Cubs fans do today: “There’s always next season.” After 2004, things were never going to be the same for a whole generation of Red Sox fans. Nor should they be. The passion isn’t the same – the pain of a loss, the scrutiny of a manager, the anticipation of a Yankee game, the desire to be inside Fenway – it isn’t on the unhealthy obsessive level. When a goal has been accomplished, it’s easy to lose motivation.
Since then we have continued to be spoiled as a city. Four months after the Red Sox swept the Cardinals, Tom Brady won his third Super Bowl. Two years after that the Red Sox won again this time with a core that was younger and primed to be a perennial juggernaut. Jon Lester threw only 63 innings that year after beating cancer. Dustin Pedroia was an MVP in his second season. Jacoby Ellsbury was in his first year and didn’t start in center field until the World Series. Clay Buchholz was left off the post-season roster after throwing a no-hitter in his third career start. The Patriots became the first team to go undefeated since the Dolphins (hey, they made it to the Super Bowl, okay?). The Celtics acquired Ray Allen and KG and won immediately. The Bruins somehow even managed to sneak in and win a Cup two summers ago. And the Patriots made it to a fifth Super Bowl in eleven years – maybe the most impressive team accomplishment of the 21st Century.

When you are spoiled though, expectations do get higher. When Jonathan Papelbon blew the save and Evan Longoria hit the home run, it brought out comparisons of Bucky Dent and Bill Buckner. THAT wound opened up. The Red Sox blew a 9 game lead with only 27 left. Think about if Seattle came back to take the Wild Card right now. It wouldn’t be worse than what the Red Sox did last season. The moment that Longoria touched on home plate it was one of those 
… Read more...
KOBEshigawa August 8, 2012 Bobby Valentine, Boston Red Sox, Houston Astros, Josh Beckett, KOBEshigawa, MLB, MrMarquez Permalink

Whoa! The 2012 MLB season snuck up on us like a new Rihanna LP – unexpected and yet, we’re incredibly happy it’s here. Like, way too happy.

As is tradition with the birth of every new season, we’re greeting it on MAMBINO like you would any old friend; with incredibly invasive questions, exploring the greatest weaknesses, storylines and potential surprises in the next year.

We’ve rounded up the MAMBINO stable better than Billy Crystal and Daniel Stern could, and written down some questions that HAD to be answered before the 2012 MLB season kicks off in earnest next week (yes, I realize that we’re ignoring “Opening Day” which is an opening series in Japan with the A’s and Mariners that started last Wednesday. No disrespect to my Japanese forefathers, but we’re pretending that baseball isn’t going on yet because those two teams are glorified Triple A squads. It’s not about Japan. For real. It was 80 years ago, everyone’s gotten over it).

Is the Phillies’ window closing?

Pucklius: So here’s a fun fact for you. The Cincinnati Reds, Colorado Rockies and some baseball-like organization known as the “New York Mets” all finished with losing records last year. Here’s another fun fact for you. All of these teams scored more runs last season than the Philadelphia Phillies.

As far as I can tell, prognosticators tabbing the Phillies for a sixth consecutive NL East title are doing so out of sheer habit and laziness while ignoring the fact that the Braves have been rising for years and the Marlins, who won’t be as good as Jeffrey Loria thinks but will still be good, have a solid crop of young talent (Josh Johnson, GianCarlo Stanton, Logan Morrison) that has been overshadowed by the big name free agent signings (Jose Reyes, Mark Beurhle) as well as some guy named Hanley Ramirez, all of which has closed the gap considerably. The Phillies meanwhile have an almost ancient short stop in Jimmy Rollins, an aging Chase Utley, who hit a paltry .259 last season and won’t be healthy for the start of this one, and a grand total of one player, Hunter Pence, who had a plus-.300 batting average (.314) or a plus-.500 slugging percentage (.502). Meanwhile, Ryan Howard, who according to recent sabermetric-centric story in ESPN Magazine doesn’t help a team that much more than he hurts one anyway, won’t even play until as late as June following a torn Achilles tendon on the final out of Philadelphia’s 2011 postseason. Essentially, this means that if you somehow manage to get lucky and score 4 or 5 runs against the Phillies remarkable starting rotation you probably have a pretty decent chance of beating them — and in the pitchers nightmare that is Citizens Bank Park, scoring 4 or 5 runs isn’t something a competent Major League offense should find all that hard to do. Just imagine what that offense will put up when it finds itself in places where batting average and runs created go to die like Citi Field or Petco Park.

I should note that Philadelphia did win 102 games last season — and outscored opponents by a league-best 184 runs — but those numbers are almost entirely a result of a stellar pitching rotation. Now, that rotation is stellar, and far be it from me to question the abilities of Roy Halladay, Cliff Lee and Cole Hamels, but Roy Oswalt is gone and Vance Worley, who struggled last September, and Joe Blanton are the likely men to jump into his position. They do not inspire the same kind of fear and th… Read more...